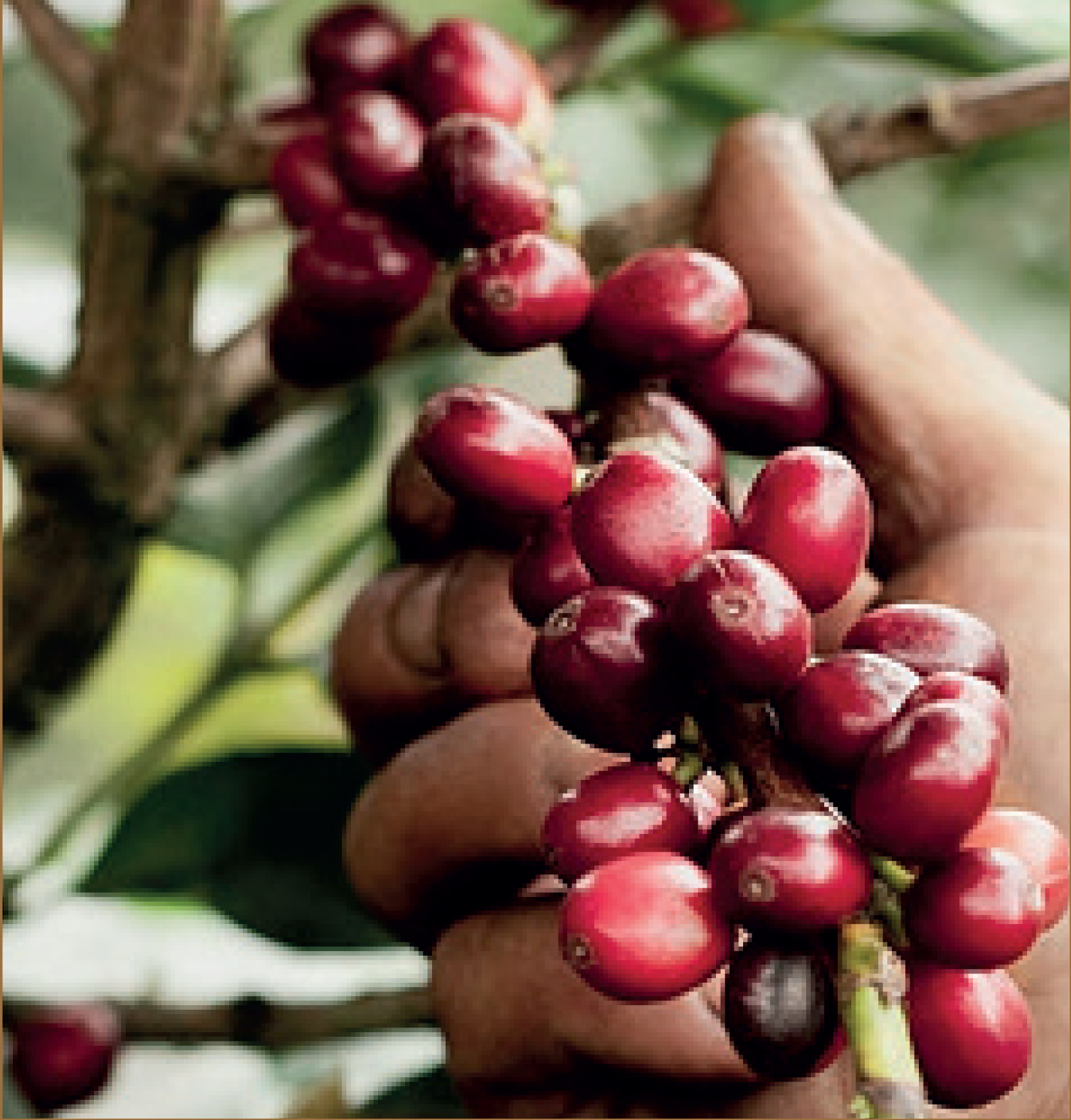 The Coffea plant, in botany classified as a tree, grows in the warm, generous climates of the tropics and is cultivated in plantations in more than 500 countries. South America, Africa, India and south-east Asia. It is a delicate plant that requires a great deal of care as its fruit does not ripen all together. This means careful checks at different times, followed by painstaking harvesting. After each fall of rain, in fact, the tree bursts into bloom again with bright, white, fragrant petals, which means that it is covered with flowers, unripe green fruit and bright red drupes that hold two elongated seeds, pressed together along their flat grooved sides. These are the coffee beans. There are about one hundred species of Coffea in the world, but only ten or so are recognised as important for trade. They differentiate in the height of the plant, the variety of the leaves, scent of the flowers, size and colour of the seeds, taste, caffeine content and resistance to the weather. The most widespread, grown and known are Coffea Arabica, Coffea Canephora and Coffea Liberica. 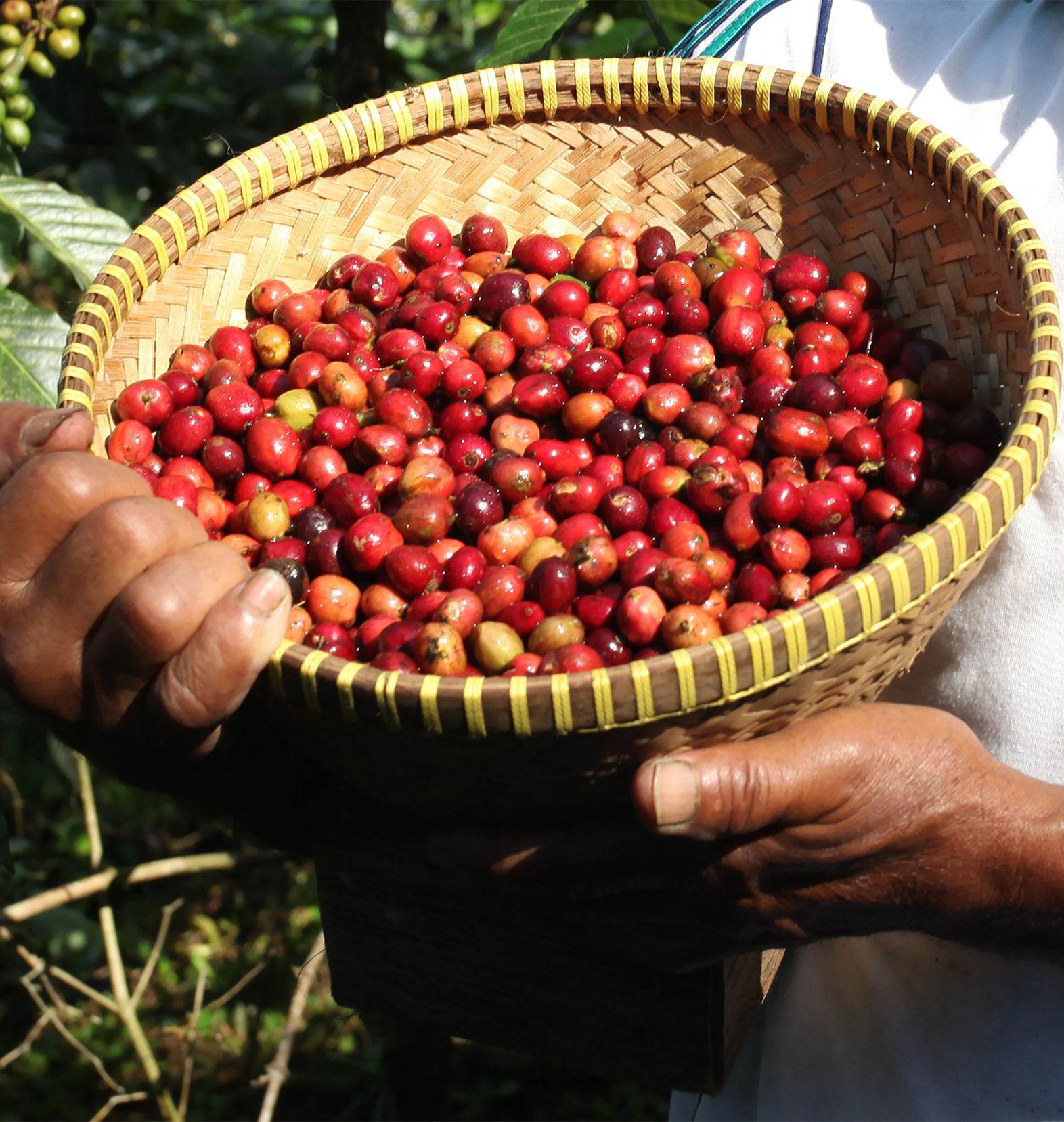 Coffea Arabica was grown for the first time in what today is Yemen and it accounts for three quarters of the world’s coffee production. This very fine, yet very delicate, species has been grown and selected for various centuries. It has fairly small seeds, flat and elongated, copper-green in colour, with an intense fragrance. It grows luxuriantly in tropical zones between 800 and 2,200 metres asl, in the shade of other trees, in mineral-rich soil at an ideal temperature of 20°C. Coffea Robusta was discovered in the eighteenth century in Congo and owes its name to its particular resistance to disease and parasites. Today it is widely cultivated for its adaptability, speed of growth and great tolerance to differences in temperature. Its seeds are rounded in shape, uneven and range from brown to greyish-green in colour. It grows between sea level and 600/700 metres asl, some plants reaching a height of 10 metres. One of most important but less widespread Coffea species is Coffea liberica, originally from Africa and grown mainly in Asia, in Indonesia and the Philippines. Others worthy of mention: Coffea Excelsa, originally from Africa and only recently discovered (1903), to date thought to be just a variety of Coffea Liberica. Coffea Stenophylla, originally from West Africa, a highly drought-resistant variety grown only locally. Coffea Mauritiana, the classic brown coffee from the Island of Mauritius and the nearby Island of Réunion.